Today I worked with Ian Bates and Lori Barkwill-Love at Round Mountain (AZ:CC:4:61 (ASM)) on Test Unit 4, which is a 1x1m unit just inside a terrace wall. When digging in Test Unit 4, we found this white chert core in level two of the unit at roughly 50-60 cm below the datum. What I found particularly interesting was that the exterior of the core was made of chert, whereas the interior was calcium carbonate. When rubbed with finger, the carbonate leaves a white residue much like chalk. In fact, chalk is a form of calcium carbonate however, I cannot confidently identify this object’s material as chalk. Calcium carbonate is a combination of carbon, oxygen, and calcium and is believed to have been formed indirectly due to an organism intrusion. An example may be a bacteria or a secreting organism such as a bug or ant. We all found this particularly interesting since a core is the beginning rock that is struck for the creation of stone tools, and although chert is a widely used rock for tool creation, calcium carbonate is rarely used for flaking stones for tool production. 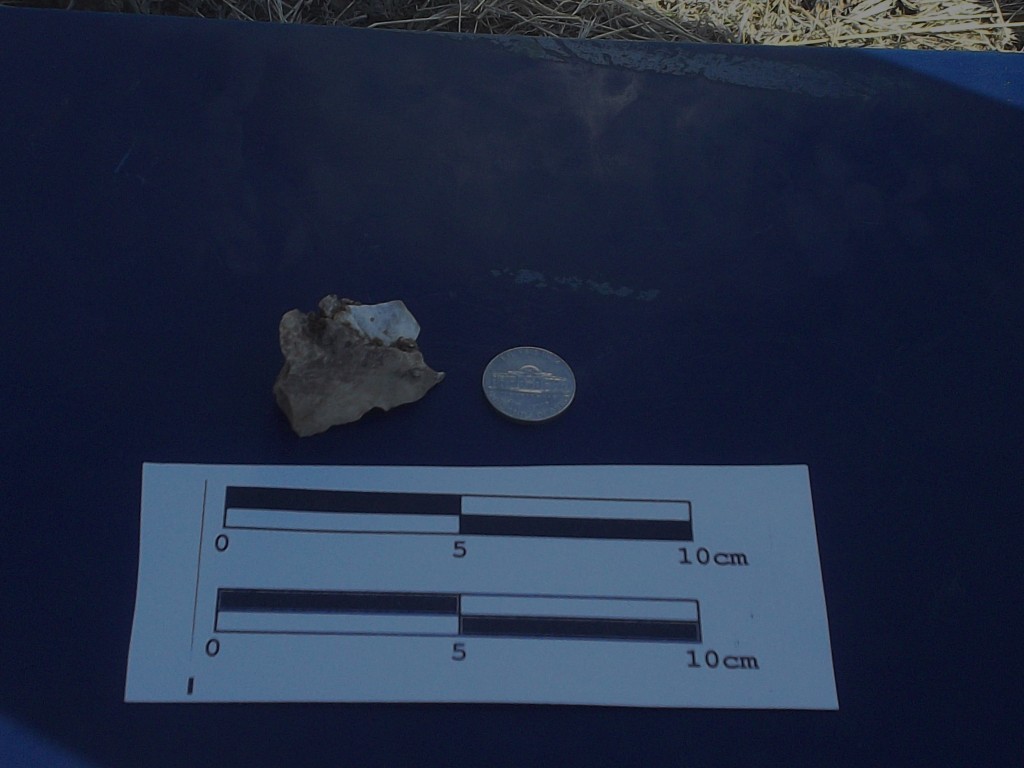 This is the white chert core we found in Test Unit 4, level 2.